Sales Backlog
The 2016 first quarter results of operations only include a small percentage of the recently awarded International contracts totaling $45.4 million as our sales backlog as of May 29, 2015, for work to be performed and revenue to be recognized under written agreements after such date, was $66.2 million compared to $32.5 million as of February 28, 2015.

Net Sales
Net sales in the 2016 first quarter were $9.5 million, a decrease of $1.2 million, or 10.7%, compared to 2015 first quarter net sales of $10.7 million. The reduction reflects decreased Sterilizers and Environmental sales to Domestic customers, offset in part, by increased ATS sales to International customers. Given the current progress made on U.S. Government contracts in the Company’s sales backlog, coupled with significant fiscal 2015 International bookings and the recent award of multiple International contracts totaling $45.4 million, the Company anticipates that although sales to the U.S. Government will remain steady, the concentration of sales to the U.S. Government will continue to lessen in fiscal

Operating Expenses
Operating expenses, including sales and marketing, general and administrative, and research and development, for the 2016 first quarter were $3.2 million, an increase of $0.3 million, or 9.1%, compared to $2.9 million for the 2015 first quarter. The increase is due primarily to an increase in commissions expense directly related to a higher concentration of ATS sales to International customers.

Interest Expense, Net
Interest expense, net, for the 2016 first quarter was $220 thousand compared to $149 thousand in the 2015 first quarter, an increase of $71 thousand, or 47.7%, due to the combination of a higher level of bank borrowing and an increased interest rate.

Cash Flows from Operating, Investing, and Financing Activities
During the 2016 first quarter, as a result of an increase in billings in excess of costs and estimated earnings on uncompleted long-term percentage of completion (“POC”) contracts, offset in part, by an increase in accounts receivable and costs and estimated earnings in excess of billings on uncompleted long-term POC contracts, the Company generated $0.2 million of cash from operating activities compared to $5.1 million of cash used in operating activities during the 2015 first quarter. Under POC revenue recognition, these accounts represent the timing differences of spending on production activities versus the billing and collecting of customer payments.

CIS encompasses the design, manufacture, and sale of: (i) steam and gas (ethylene oxide) sterilizers; (ii) environmental testing and simulation devices; and (iii) hyperbaric (100% oxygen) chambers for one person (monoplace chambers), as well as parts and service support for customers who purchase these products or similar products manufactured by other parties. Sales of our CIS products are made principally to the healthcare, pharmaceutical, and automotive industries. We sell our sterilizers to pharmaceutical and medical device manufacturers. We sell our environmental testing and simulation devices primarily to commercial automobile and heating, ventilation, and air conditioning (“HVAC”) manufacturers. We sell our hyperbaric products (primarily “monoplace” chambers) to hospitals and wound care clinics. We also provide upgrade, maintenance, and repair services for our products and similar products manufactured by other parties. 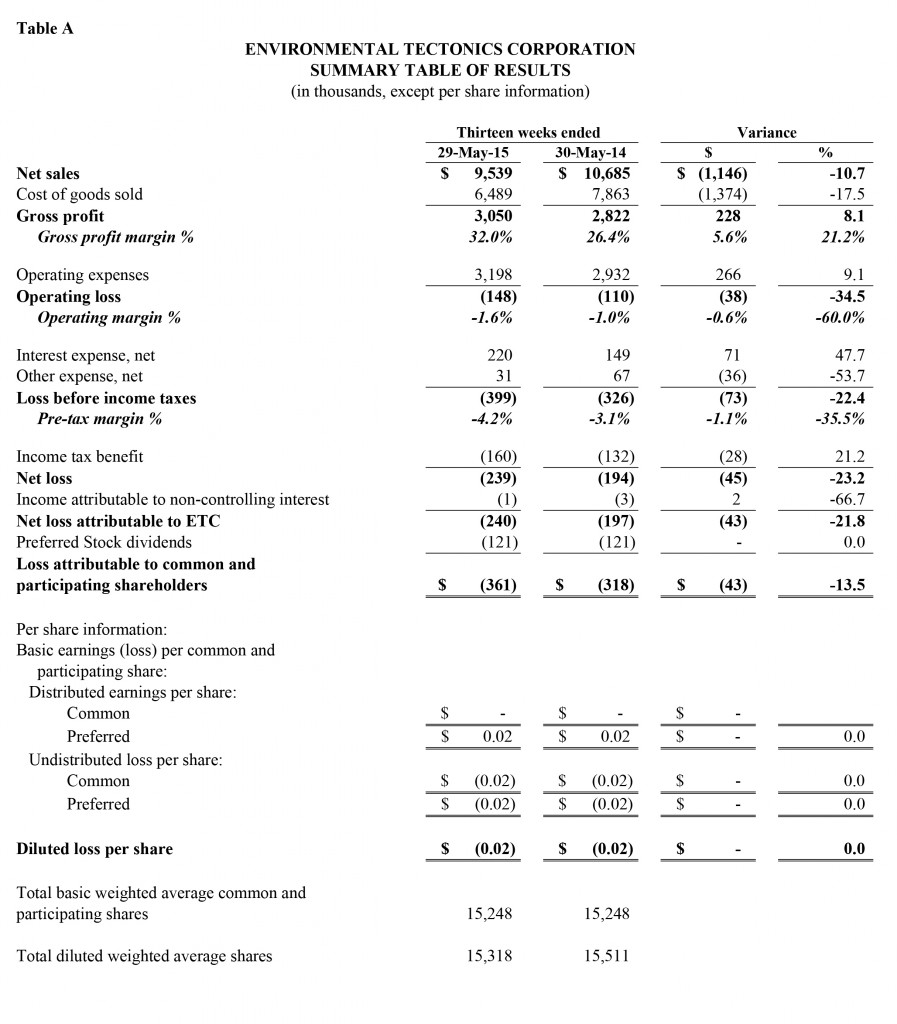